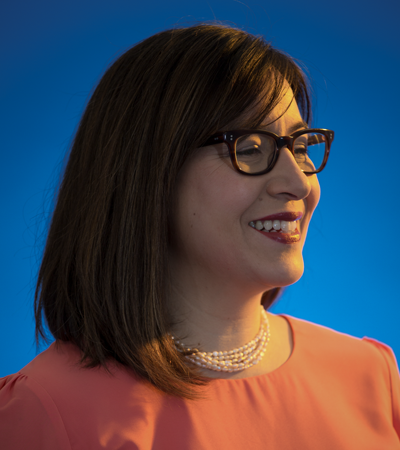 I did not set out on my career path intending to be a financial regulation expert.  I had a vague notion that I wanted to build bridges, but with no clearer vision I decided to do an engineering degree.

I was an excellent problem solver and had always had an ability to work through all aspects of a problem to try to reach a solution which fitted everyone.  This skill is transferable and I decided to pursue a legal career followed by an introduction to the world of banking and finance.  It was then that I decided the long hours of being the “service side” of the relationship didn’t suit me and I made the decision to come home and began working for a wholesale bank in the IFSC.

At first I was in the legal department moving up to Group Compliance Officer having then moved to BOI where I currently work in Global Markets. I have never felt that my gender or my mixed race presented an issue to my career progression in any job I have had.  I believe I have been fortunate - given the areas I have worked have traditionally been (and unfortunately are still to a degree) male dominated. I hope we are now moving into a period where this imbalance will rectify with greater numbers of women attending third level and entering the workforce. Of course, there is still work to be done, but we’re moving in the right direction!

Hear from our colleagues